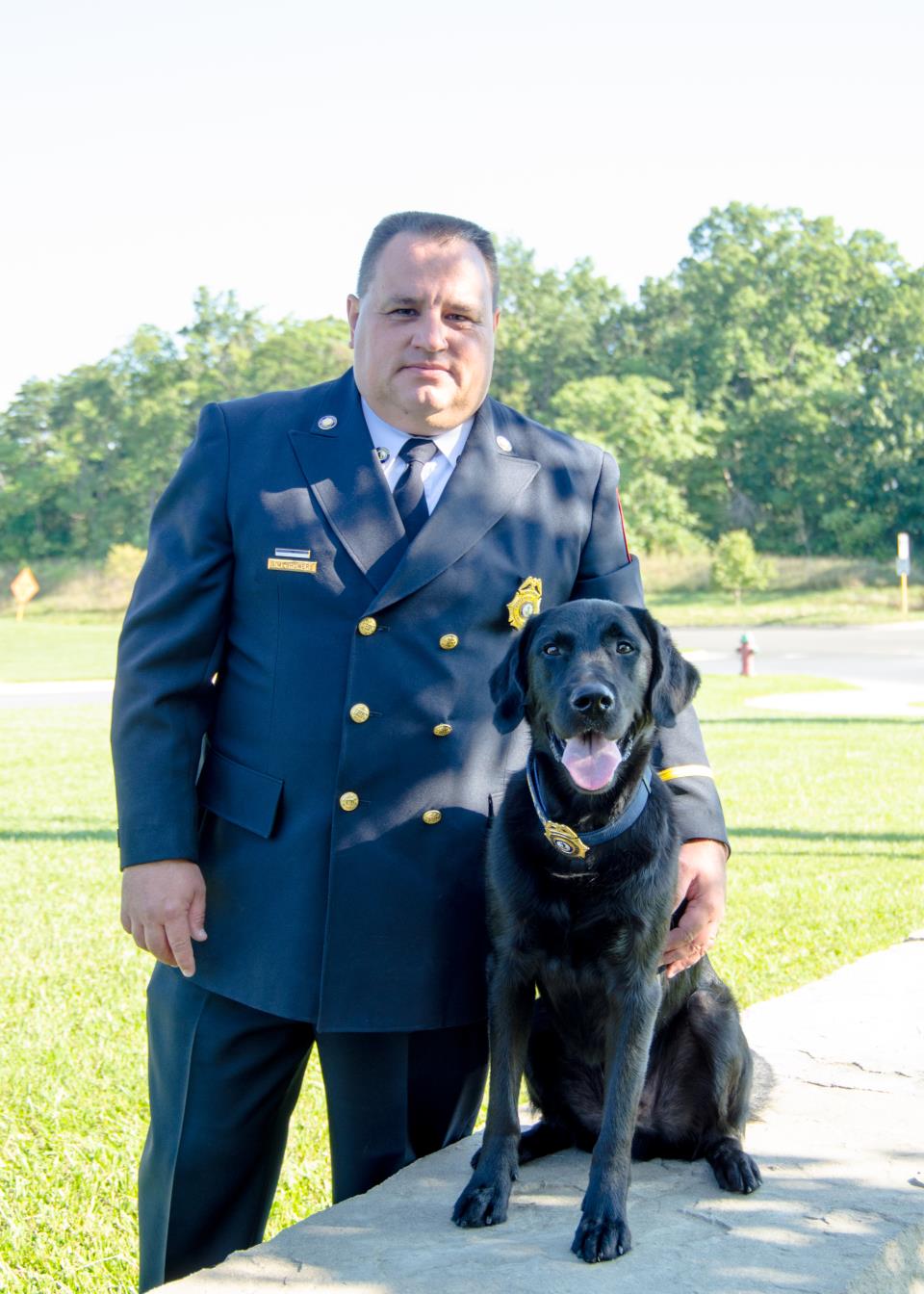 Since joining the Fire Marshal’s Office, Walker has been a busy dog. He has been requested to assist with numerous fires in the Shenandoah Valley and West Virginia. Walker is one of only 55 certified teams in the United States. 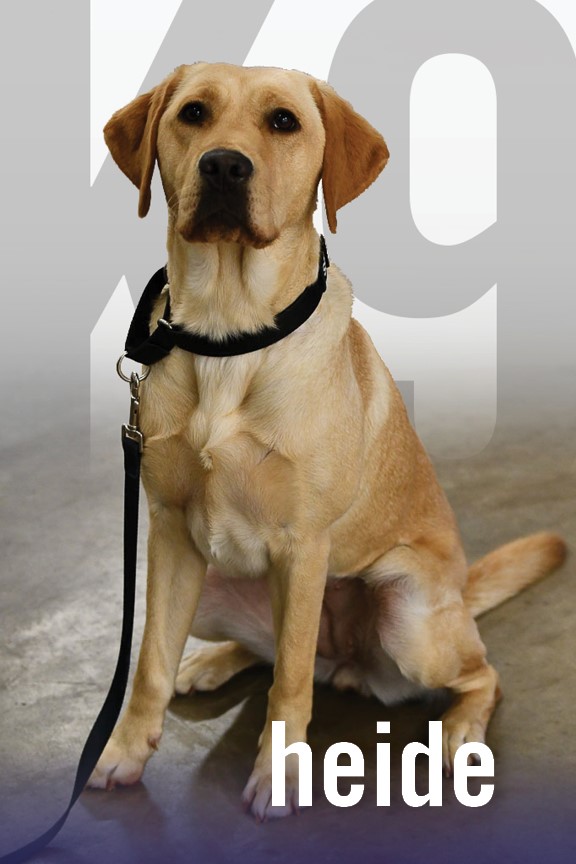 Heide is the newest member of the Frederick County Fire Marshal’s Office and was chosen as a new team member in July 2017 on a visit to Susquehanna Service Dogs. Staff traveled to Pennsylvania with trainers from the CIA’s K9 Explosives Detection Program. As one of the largest K9 Explosives Detection programs in the Washington Metropolitan Area, and the first United States Police Canine Association (USPCA)-certified “Detector Training Center” in the country, CIA often trains dogs for local government entities.

Heide was chosen to be a member of the Fall 2017 Puppy Class, the first all-female puppy class. Heide’s handler is Lt. William Pfifer III.

In 2009, the Frederick County Fire Marshal's Office welcomed the first explosives detection canine, Chance to the division. Chance, a black English Labrador Retriever was extensively trained through the Bureau of Alcohol, Tobacco, Firearms, and Explosives' (ATFe) 10-week training program. Chance was able to detect explosives, explosives residue, and post-blast evidence. He was also conditioned with the ability to detect firearms, ammunition, as well as other products that contain smokeless powder and explosive fillers.

Chance responded to about 300 calls over eight years of service, including bomb threats at James Madison University and George’s Chicken in Edinburg. He helped identify suspects in drive-by shootings before lab results can come back. He was a star of public education outreach, especially when the officers are presenting to children. One of Chance’s most notable feats was thwarting a potential terrorist attack at a nearby school, when he was called to help execute a search warrant in a neighboring county.

Chance retired in December 2017 to a life of leisure with his handler and family.